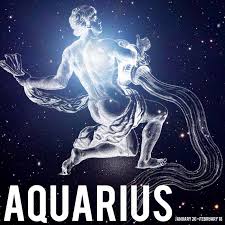 Top 7 Things NOT To Say To An Aquarius

Aquarius is the 11th Sign of the Zodiac (also known as the Water Bearer), which though is known for it’s eccentricity and quirkiness, tends to be very sensitive and can easily get hurt by criticism. They enjoy the company of people who can mentally stimulate them. The ruling planets for Aquarius are Uranus and Saturn. Uranus is the planet of freedom and revolutionary vision, the urge for change and the ability to visualize new possibilities. Uranus rules Aquarius, and is also associated with mental studies, electricity and astrology.

1.    Call Them Aloof or Cold: Aquarius like the Pisces live in two worlds – the only difference is their razor sharp intellect. There’s very little that escapes the water bearer.  They can come across as detached and aloof but do know that they always have one foot firmly planted on the ground. Don’t get fooled by your Aquarians faraway look, chances are they can hear you but don’t are just in their anti social mode. Give them some space, they’ll reach out to you.

2.  Stupid!!: Aquarians pride themselves on their brains. You’ll lose a Aquarian friend faster if you don’t respect their mental prowess. Children of the water-bearer are known for their love of personal space, independence, general weird humor, and quirkiness. An air sign, they are intellectual and witty having been gifted with an analyti

cal mind. Always living in the future, they are ahead of their time and may come off as a bit strange to others.

3      Rubbish Their Ideas: Being ruled by Uranus the wild boy of Astrology is no mean feat. Ura

nus being the strangest and the most electrifying planet in the universe. Uranus is often associated with brilliance – even if it is temporary. Aquarians are known for their revolutionary ideas and fearless belief in radical ideas. They firmly believe in keeping the dreams alive, whether they succeed or not.

4      Question Their Knowledge: Charles Darwin, Mozart, Abraham Lincoln,  Yoko Ono are all Aquarians as is Oprah Winfrey. Aquarians hate being told “you don’t know” as they know everything – or they firmly believe that they do. It’s an inherent characteristic of theirs. You’ll seldom hear an Aquarius say “I don’t know” – they are more likely to say “you don’t know me”

5.  Criticize Them : Brace yourselves if you have an Aquarian spouse or child. These water bearer comes with an acid tongue. Though they will vehemently – but it’s true. The important thing to keep in mind is what have to done to earn their ire? An Aquarius will really need to have their buttons pressed or be betrayed before they lash out on you.  Though some do it for out of sheer boredom as well! 5      Hate Travel: The moment you say this to the Airy friend he’s already lost interest in you. Aquarians love a good adventure. Since the get bored fast a change of scenario always perks them up and clears their head. They enjoy meeting new people, experiencing different cultures, cuisines . They are very much a explorer at heart.

7  Be Petty: Aquarians hate pettiness in anyone.  This is one zodiac that truly believes in “live and let live” Be careful not to not nit – pick or be tight fisted around them – they will lose all respect for you – worse they will refuse to be associated with you. Aquarians are the humanitarian sign – you can be sure to find them in protest rallies and animal shelters.