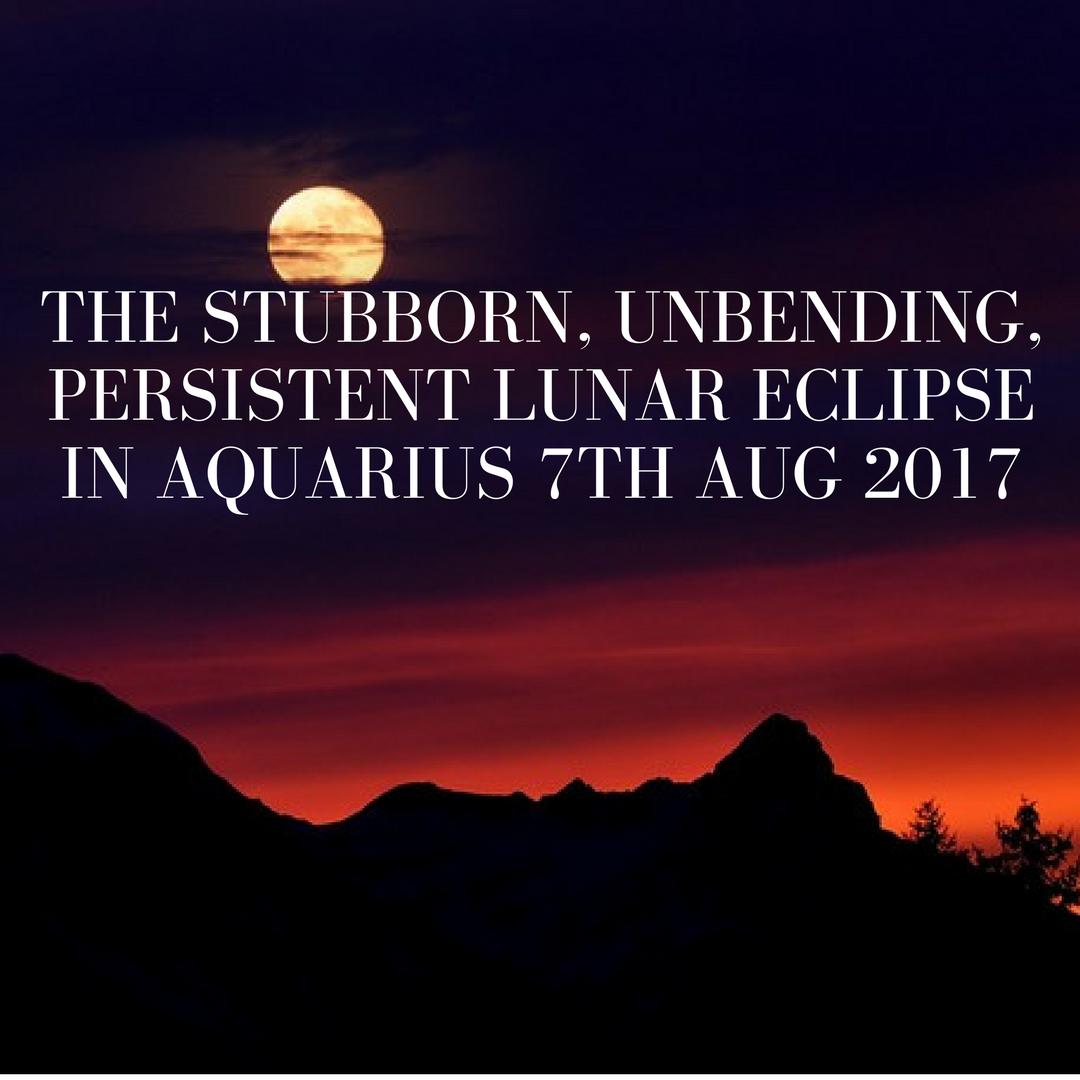 Most astrologers seem to agree on the fact that the month of August 2017 looks incredibly intense, with some already feeling the heat of the oncoming eclipses.

With an impending Mercury retrograde in mid August 2017, and the Solar eclipse towards end of the month, make August one of the most transformational and intense months of 2017. There can be situations where some will reach a point of no return to outliving the usefulness of the relationship or job.

Jupiter in Libra will give some respite, indicating, cooperation and flexibility could expand your mind and experiences.

Double eclipses tend to double the intensity of whatever challenge you may be facing in your life. What may have seemed manageable earlier will feel like a Herculean task now. Especially with this full moon on 7th, it will shine a bright light on whatever is reaching fruition or completion in our Life, highlighting realizations, manifestations.

Eclipses come with the message that things can no longer continue the way they did earlier. They push us and demand a change in areas of our life where we might be struggling encouraging personal growth. An Eclipse is pretty much your life’s wildcard – a game changer, which won’t leave things as they were earlier. It’s like a Full moon or a New Moon on steroids.

The results often last for approx 6 months or so. Sometimes, while you have to focus on the journey and the lessons taught by it. Other times, especially this time, it’s equally and important to have a focus on the destination as well.

This Lunar Eclipse is in Aquarius who, while is known for his progressive, original, & humanitarian nature also has a reputation of being temperamental, uncompromising & aloof. And it’s no surprise that it’s ruling planets are Uranus and Saturn. Uranus being all about freedom and revolutionary vision, the urge for change and the ability to visualize new possibilities. Basically, anything that erupts with sudden, unpredictable force and changes life as we know it. And without who’s influence in our lives, we might never know the development of science. Whether it is in a productive or a destructive way, Uranus promotes progress.

In short, whatever reaches a culmination this August Lunar Eclipse, will challenge the validity of the status quo and puts it to the test through dramatic,often upsetting occurrences. And like change itself, the influence of Uranus is essential, even if it can be traumatic in the moment. It is a consequence of our constant battle to regain our power and rebalance the unequal power struggles in our life. You are being encouraged to break out of your mold, be brave and spread your wings and fly.

This Full Moon, take back your power and write a new story for yourself.