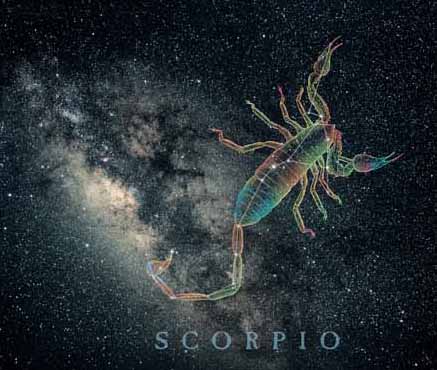 Top 7 Things NOT To Say To A Scorpio

In Greek mythology, the myths associated with Scorpio almost invariably also contain a reference to Orion. According to one of these myths it is written that Orion boasted to goddess Artemis and her mother, Leto, that he would kill every animal on the earth. Scorpio is the eighth astrological sign in the Zodiac.Scorpians are the most intense, profound, powerful characters in the zodiac. Even when they appear self-controlled and calm there is a seething intensity of emotional energy under the placid exterior.

1. Why Are You So Intense?
There’s nothing moderate about Scorpions. They either love you or they hate you there are no grey areas. Their inner intensity can result in the ice cold self-control and detachment of the surgeon. Any profession in which intense analysis, investigation, research, dealing with practicalities and the solving of mysteries are relevant appeal to them.

2. Why Can’t You Forgive And Forget?
No one holds a tighter grudge than a Scorpio. A Scorpio in a bad shape can be a master manipulator. If you’ve broken their trust, even the sweetest Scorpio will likely have a hard time forgetting–and they will get back at you in the end. A Scorpio will never forgive or forget when someone wrongs them and since they have immense patience, they can wait a long, long time before striking in revenge.

3. Trust Me
Scorpios antennas go up the minute anyone says this. But, despite their lack of trust in pretty much everybody, Scorpios will want to know everything. Keep them informed. They hate suprises especially when it involves them. It’s better to prove your loyalty to a Scporpio than shout about it from a roof top.

4. My Way Is The Best Way
Scorpios have the ability to getting things done…their way. They will not say anything when you announce how you like things get done but inwardly you can be sure of a Scorpio saying “yeah sure” I wouldn’t say that Scorpio is a perfectionist in the traditional sense, but rather more like a competitive, obsessive fanatic for : 1.) Getting it done and 2.) Getting it done THEIR way.

5. You have a HUGE Ego!
There is a fascinating legend about the scorpion: if you corner him, and give him no avenue for escape, he will sting himself to death. The message here is that Scorpio would rather destroy himself, and go down in flames by his own hand – literally or psychologically – than submit to another’s ultimatum or control. It’s that damnable pride again. ‘Better to reign in hell,’ as Lucifer says in Milton’s Paradise Lost, ‘than to serve in heaven.’

They will deny it till they are red in the face but jealousy is one of the stronest give aways traits. Find a Scorpio who has gone apathetic and outwardly submissive and you’ll see someone eaten up from within with furious resentment and jealousy. Often this is unknown even to himself. Repressed Scorpionic rage is worse to deal with. But every Scorpio has the courage to face whatever is in him, and transform it. Scorpio has no illusions about life.

Scorpios are big bullies. They hate hearing a no and often pretend they’ve not heard it. This aspect unfortunately makes many a Scorpios obsess with relationships that are toxic. Their pride does not let them graciously back out or let go. Unless, they are the one’s breaking a relationship – it’s fine but it better not be them hearing a no!