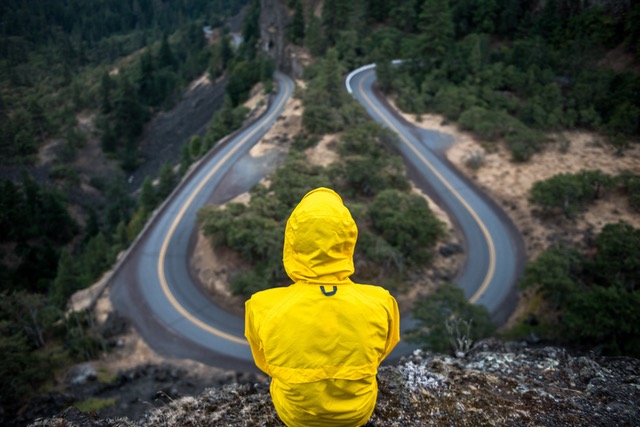 Since February, three planets—Jupiter, Uranus and Pluto—have been forming a tense formation called a T-Square. This happens when two planets are opposite each other, and a third one wedges itself in between at a right angle to both.

April will be a key month in 2014, for a great deal of change will head our way. The gift of squares is that they force us to deal. Whatever’s been stuffed down or ignored will come up, and if you courageously confront it, your life could transform forever. You could think of it as an astrological juice cleanse. The detoxing part is no fun, but when it’s over, you’re glowing, light and free.

What are squares & oppositions, anyway?

In astrology, predictions are based on angles (called “aspects”) between the planets. There are soft, or easy, aspects and there are hard or challenging ones. Squares and oppositions are the two major hard aspects. The effect is like countries locked in a political battle who are being forced to broker a peace treaty. Each will have to compromise, but none of them really want to give in. The negotiation process can be long and exhausting. The cardinal signs of Aries, Libra, Cancer and Capricorn will feel these eclipses the most, but so would everyone of every sign will notice the effects to varying degrees.

The mission of an eclipse Cardinal Cross 2014 Meaning

I feel that a cardinal cross will create a rapid, often unexpected change to present conditions, requiring a strong adjustment to fast-moving events. The mission of an eclipse will be to uncover truth, and to sweep away unproductive and outworn elements — although at the time, you may feel that what is being taken away or changed is still relevant to you, not outworn at all. But, have faith, as the universe will be working on your behalf, even if you don’t yet see this to be true.

Maybe the “cross cardinal” will be literal, with yet more corrupt politicians will get flushed out of the indian system. In my opinion this vile regime needs to be taken out of the heart of India once and for all because its energy is polluting the whole country.

So while I won’t be predicting any doomsday events, government meltdowns or natural disasters—and here’s hoping none occur—we do see an opportunity for a radical life change. In today’s world, it’s gotten harder than ever to “have it all.” (We speak as people trying to balance a business, parenthood, homes and offices in three cities, marriages and a family scattered across the country.) Balancing time between the cardinal-ruled life areas ain’t easy, but it’s forcing us to prioritize and make hard but necessary choices.

And if all else fails, the cosmic skies look so much kinder after May. It’s gonna be a great summer (wait, thanks for yet another prophetic song, Frozen…and the Walt Disney illuminati?). See you on the other side!

So folks, grab this square by its knackers and do not fear it. It might feel like the end of the world, but it’s just the end of A world. Don’t let the fear of a “fire and brimstone” patriarch prevent your unique individuation.

Humanity is resilient and, at last, this square should show us a glimpse of what’s needed to bring humanity out of the dark ages to bring truth to the surface, for once you have truth, you can protect yourself.

The universe insists on new ideas and growth and will never tolerate the status quo for very long — a lesson we learn forcibly at eclipse time.