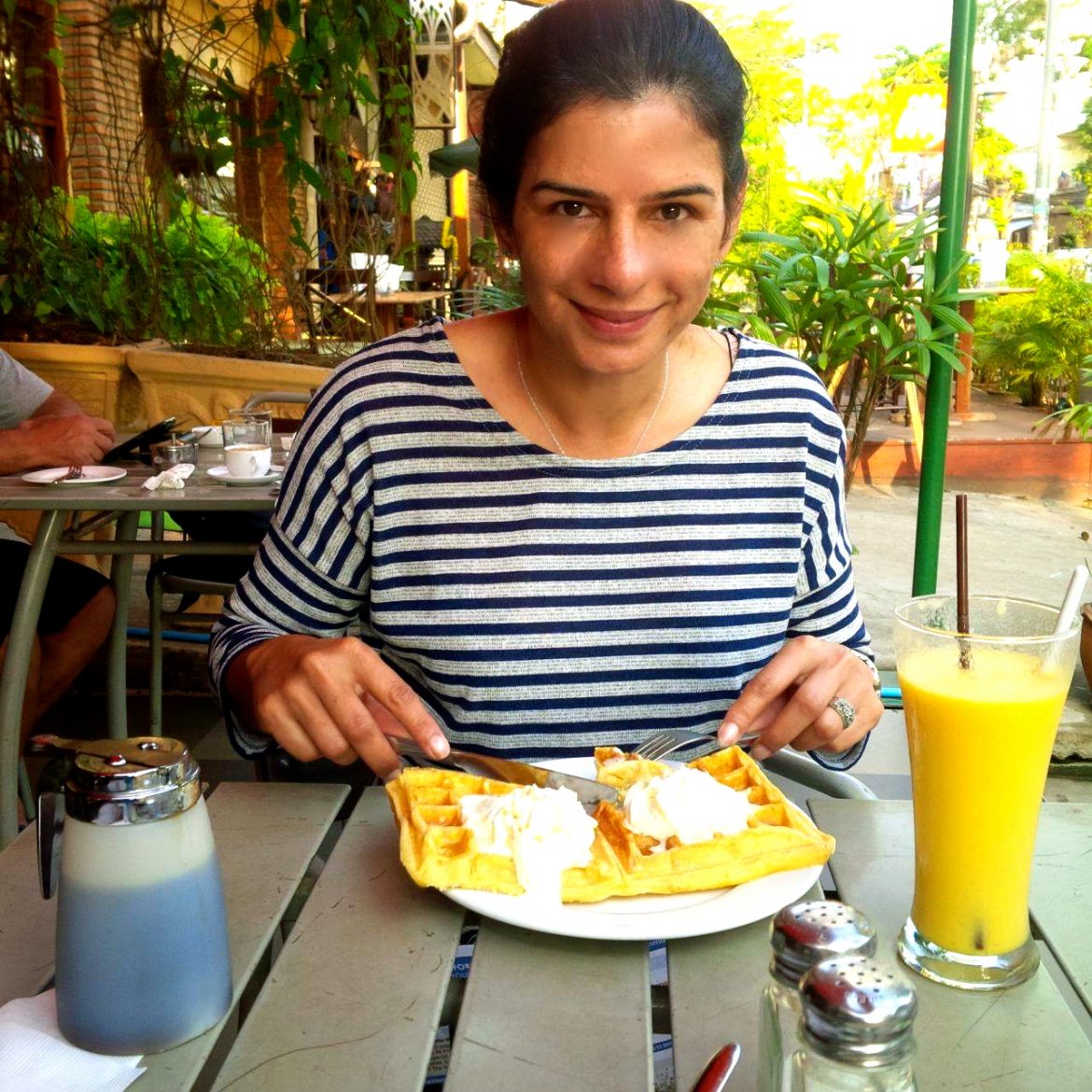 I was looking for a place which could open my heart, mind, and rest in the genuine faith and generous hospitality . And Laos seemed like the perfect soul match. Laos is a landlocked country in Asia. It is bordered by Burma, People’s Republic of China, Vietnam, Cambodia and Thailand. It is the only country in Southeast Asia which is landlocked, And because of being landlocked, Laos does not have a navy.

Laos primarily is  a Buddhist country and you can see Buddhism permeates every facet of life, change comes slowly, and cities bed down early. Though you can see the young sitting on the side walk chatting till late, or a group of young girls whizzing off on their scooties.

I started with Vientiane the delightful capital of Laos, studded with crumbling French mansions, bougainvillea­-blooming streets and steaming noodle stalls, is somewhere between a big town and a diminutive city. Its conveniently compact travelers enclave is based around Nam Phu, the Mekong riverside and Setthariat and Samsenthai streets. The streets are lined with trees, French colonial buildings, street market. Food street vendors quickly line up along the street early on with aroma’s of Pancakes, freshly brewed Laos coffee wafting in the air.

One can easily walk long distances here if the weather permits or hire cycles. It does get warm as the day progresses, so it’s advisable to carry sunscreen, caps & umbrella. Pha That Luang, a national symbol of Laos is rich at the center of the town. The main spotlight is the beautiful monastery.  That Luang Shrine, which means great Sacred Stupa, is a golden dome believed to contain a relic of Lord Buddha. It takes about two days to cover the city

What really touched me about this country was though Laos is among the poorest countries of the world, the people here have found the way to happiness by accepting Buddhism as their major religion. Buddhism helps them in finding joy in simple living. Most of these people live in hamlets which are situated by the rivers as the main occupation here is agriculture.

Lao weavers are know for producing intricate fabrics in home-spun silk and cotton, the pattern is very similar to our “Ikat” and it is intact called  mut mee (ikot) patterns that  based on folklore and natural themes.

If you are planning a visit to Luang Prabang and are interested in weaving, don’t miss Ban Phanom or the night market in the center of town. While trekking or participating in other community-based ecotourism activities, be sure to ask to see what local crafts are available for sale in the villages you visit. If you are unable to make it out to the villages, there are handicraft outlets in almost every provincial capital selling distinct local products.

A cruise on the “mother of all rivers” Mekong almost felt like a spiritual journey. Despite the violent history –  Laos has been tagged as the “World’s Most Bombed Country.” Over two billion tons of bombs were dropped in Laos during the Vietnam War. Seeing the mild mannered gentle people it’s took a while to wrap my head around their past. Sadly, land mines are still a huge problem in Laos, especially in rural areas. Laos’ nickname is “the land of a million elephants.” But due to heavy deforestation and overuse of exotic resources and animals, Laos forests, elephants and other wildlife are in danger. As a result, there are many NGO’s and both Laos and foreign-led organizations that work to repair the damage done to Laos’ beautiful landscapes and to promote eco-tourism. Many of these organizations aim to train Laos-people about eco-tourism as an alternative to working in the destructive slash and burn forestry industry.

I fell in love with Laos which is earnestly struggling to get it’s bearing together. Despite it’s shortcomings, Laos moves you to the soul…it let’s you be without overpowering it’s own beauty.

Another trip for sure is on the cards… 🙂