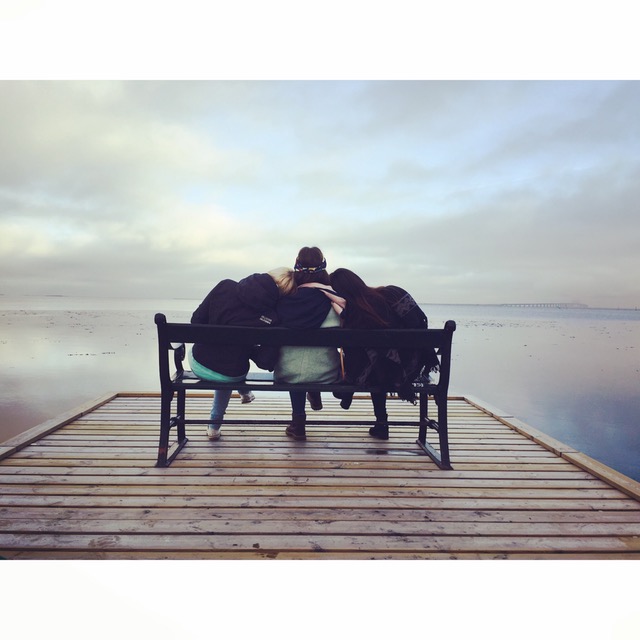 I get by with a little help from my friends.

Promise me you’ll always remember: You’re braver than you believe, and stronger than you seem, and smarter than you think”. Christopher Robin to Pooh

3 of cups is by far one of my favorite cards. It reminds me of my closest friends – friends who have stood by me – through trials and happiness. In 3 of cups, one can see three women dancing together in a circle. Their arms reach out to each other to connect their feelings (Cups). These dancing women are a symbol of coming together in love. (Of course, these feelings do not only relate to women) The 3 of Cups is often associated to healing and regeneration. In Health readings, the 3 of cups can indicate a recovery or restoration of one’s health.

The 3 (triad) is the number of synthesis and harmony. Somehow, for me this card consistently draws comparison to the Three Graces in Greek myth.

The Thoth deck shows 3 cups made out of pomegranates. Aleister Crowley calls it the card of Persephone. Persephone is the minor Greek goddess of springtime, flowers and young life. She is also the queen of the Underworld. Persephone, is the daughter of Demeter and Zeus, and the wife of Hades. She eats a pomegranate seed when she is in the underworld to where Hades has abducted her, and that act of eating the food of the dead ties Persephone to Hades. The grief-stricken Demeter follows her daughter into the underworld and demands that she joins her in the upper world for a certain time of the year. Demeter’s wish is granted. When Demeter and her daughter were united, the Earth flourished with vegetation and color, but for six months each year, when Persephone returned to the Underworld, the earth once again became a barren realm: and that is how the seasons came from. In Spring and Summer, Persephone and her mother are together. In Fall and Winter, Persephone goes back with Hades.

This is the myth to explain the weather changes in Fall and Winter compared with Spring and Summer. Hence the rejoicing.

3 of cups also reminds me of the wonderful connection and friendship that exists between the four female characters in “Sex and the City”. They stand by each other, through thick and thin, and they are always there for one another as they make their way through various relationships, careers and other life journeys.

Its the same sense I get when I think of my closest friends – a knowledge that we will be there for each other and know that we can always count on each other for support and compassion.